While researching what I was going to write about today I came across an article that was just released three days ago and was titled “Millipede from Scotland is World’s Oldest Known Land Animal”.  How could I not delve deeper into the millipede after seeing this?

The fossil they found was of a 425 million year old millipede called Kampecaris obanensis, unearthed on the island of Kerrera in the Scottish Inner Hebrides.  It was about an inch long with a segmented body, but was a member of an extinct group and is not ancestral to millipedes found today.  The article goes on to clarify that although this is the oldest fossil they have found they do believe soil worms preceded it.  No matter, the millipedes are still very interesting.  An extinct relative of the centipedes and millipedes, Arthropleura, that lived over 300 million years ago, estimates suggests it could have grown to more than 6.6 feet in length!

According to the Museum of Comparative Zoology, Harvard University, there are 15,077 species of millipedes.  They live exclusively on land and are found on every continent except Antarctica.  You can’t talk about millipedes without talking about centipedes, since they are often found in the same habitat and they are both known for the number of legs they have.  Millipedes and centipedes both belong to the phylum Arthropoda  and subphylum Myriapoda, the many legged-ones, and then they diverge – millipedes belong to the class Diplopoda and centipedes to the class Chilopoda.

Diplopoda means “double foot” and millipedes have two pairs of legs on each segment.  Millipedes have rounded, segmented bodies with hardened exoskeletons.  The name millipede meaning “thousand legs” is not quite accurate.  They generally have 40-400 legs.  A species of millipede in California has more legs than any other creature in the world.  It has 750 legs, 375 pairs, and is only .4-1.2 inches long.  Some millipedes are born with all the legs they will ever have, others as they molt or shed their exoskeleton add more segments at the end and they will add more legs.

Chilopoda means “lip foot”, the centipedes have modified legs on the first body section that are tipped with a venomous claws called “forcipules”. Centipedes have long antennae and flattened bodies.  They only have one pair of legs on each segment and their legs are spread away from the body, millipede legs point down to the ground. Centipedes always have an odd number of pairs of legs, unlike what the name suggests of 100.  They generally have 15 – 177 pairs of legs.  The smallest centipede is .4 inches long and the largest is the Amazonian giant centipede that is more than 12 inches and said to eat frogs, mice and lizards.  Most centipedes eat spiders, insects, worms and other arthropods.

Millipedes and centipedes both have a pair of antennae, the millipedes antennae are shorter and both use their antennae to help them get around since they have poor vision.  Their eyes detect light and movement.  They both breathe through little holes, or spiracles, on the sides of their bodies. The millipedes also have a pair of stink glands, “ozadenes” connected to “ozopores”, on each of the segments that secrete an objectionable fluid used in defense.  The fluid might be smelly and disgusting tasting and contain small quantities of cyanids, but some millipedes release a chemical that smells like cherries or almonds.

Millipedes are “poisonous” and centipedes are “venomous”.  The difference is that creatures that are “venomous” release a toxin by injecting another animal with a fang, stinger or spine, like a wasp.  Centipedes are carnivores and inject the toxin to kill or stun their prey.

“Poisonous” organisms secrete a chemical through their skin when another creature touches or ingests it, a frog is an example of a poisonous critter.  This is mainly a defense mechanism for the millipede since most eat decaying plant material.  The substance produced by millipedes irritates and discolors human skin so be careful and wash your hands if you handle one.

Millipedes and centipedes exhibit different behaviors when disturbed.  Centipedes are flexible, fast and toxic.  A centipede will run away immediately or if captured by a predator they can drop their legs and then quickly escape.  A millipede will curl up in a tight ball to protect its soft underside if attacked by one its predators – shrews, toads, skunks, salamander or birds to name a few.

There are so many different species of millipedes, the most common species in this area is the North American millipede, Narceus americanus, that is 1 1/2 to 4 inches long and brown, dark brown-red or black.  They have distinctive red, yellow or pink edges outlining each body segment. They are found in all states east of the Mississippi and nine states to the west and Canada. They prefer moist soil and leaf litter in deciduous forests. Although most millipedes lay hundreds of eggs at a time, each North American nest typically contains only one egg.  They typically live for several years and the longest recorded lifespan was 11 years.  Since they are detritivores, and prefer decaying leaves, wood and roots, they are especially important as decomposers in our forest ecosystem.  Next time you go out into the woods, turn over a few logs and you might be lucky enough to see a millipede or centipede, but remember this is their home so return the log carefully back to the way you found it! 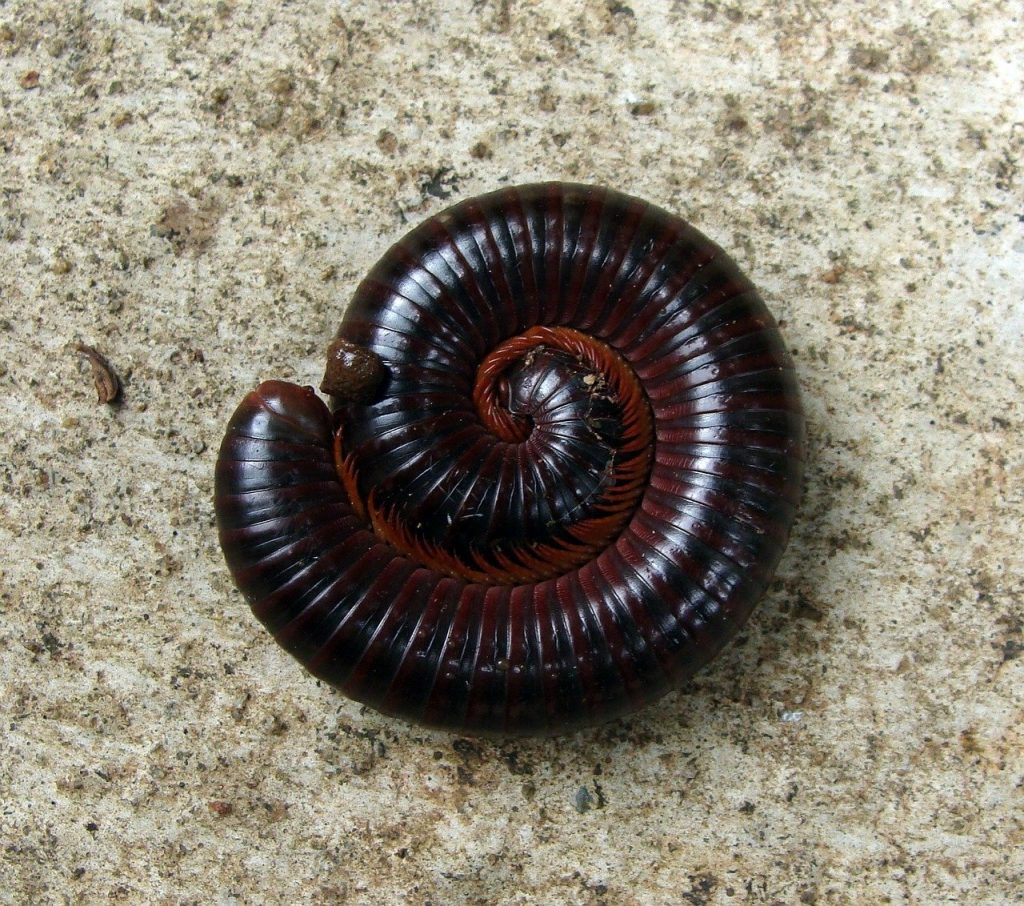 Diane Chisnall-Joy
Diane Chisnall-Joy, retired Assistant Director of Education & Outreach for CT State Parks. Lives in Oxford, CT with her husband Richard and their two labs Sophie and Eliza. She loves hiking in CT state parks and forests and sharing her love of nature and her belief in the "No Child Left Inside" philosophy with her nieces and nephew. 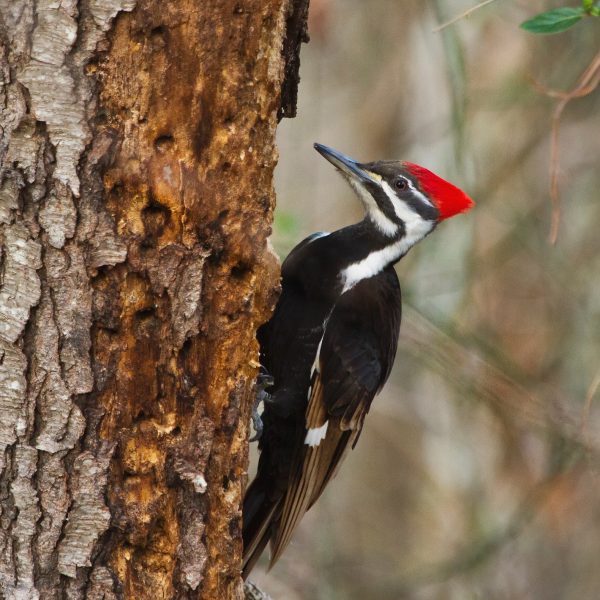